Founder and Director of Arcandia, a real estate company, former Program Officer for Pathfinder International and Futures Group International, operating in the population and development fields.

Board member of the Employer’s Organization of Togo, she has launched in 2015 « Innov’up », an incubator for women’s start-ups in Togo.

He also serves as executive director of the Transatlantic Center, the Brussels office of GMF, and leads GMF’s work on the Mediterranean, Turkey, and the wider Atlantic. Prior to joining GMF, Dr. Lesser was a public policy scholar at the Woodrow Wilson International Center for Scholars, and vice president and director of studies at the Pacific Council on International Policy. He came to the Pacific Council from RAND, where he spent over a decade as a senior analyst and research manager specializing in strategic studies. From 1994-1995, he was a member of the Secretary’s Policy Planning Staff at the U. S. Department of State, responsible for Turkey, Southern Europe, North Africa, and the multilateral track of the Middle East peace process. A frequent commentator for international media, he has written extensively on foreign and security policy issues. Dr. Lesser was educated at the University of Pennsylvania, the London School of Economics, and the Fletcher School of Law and Diplomacy, and received his PhD from Oxford University. He is a member of the Council on Foreign Relations, the International Institute for Strategic Studies, and the Pacific Council on International Policy. He serves on the advisory boards of the International Spectator, Turkish Policy Quarterly, and Insight Turkey, and has been a senior fellow of the Onassis Foundation in Athens and the Luso-American Foundation in Lisbon. He serves as a senior advisor to the Commander, US European Command (EUCO).

Senior Fellow at the Policy Center for the New South, previously known as OCP Policy Center, who focuses on Diplomacy, conflicts resolution and Human rights. He has an extensive experience of 40 years in diplomacy and legal affairs.

He assumed inter alia the functions of Head of the Department of Legal Affairs and Treaties in the Ministry of Foreign Affairs. He was also Ambassador of Morocco in Hungary, Bosnia – Herzegovina and Croatia (1995-1999), Ambassador Coordinator of the Government of Morocco with MINURSO (1999 – 2001), Ambassador of Morocco to the United Nations in Geneva (2006-2008) and New York (2001-2003 and 2008-2014), as well as President of the Security Council (December 2014).

American journalist and news anchor for MSNBC and NBC News.

Lui anchors Early Today on NBC and is a dayside anchor for MSNBC at 30 Rockefeller Plaza.  At CNN Worldwide he became the first Asian American male to anchor a daily, national cable news show when he solo anchored the 10 am hour on CNN Headline News (2007 to 2010). Lui is also a columnist, contributing to publications including USA Today, Politico, The Seattle Times, Detroit Free Press, and San Francisco Chronicle. 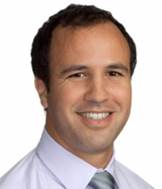 Researcher on design thinking process works in the fields of engineering education, design practice and investment focused on innovation.

Former associate director of the Stanford Center for Design Research (CDR) and lead of the Real-time Venture Design Lab program (ReVeL) in the school of Humanities and Sciences, he had engineering positions at the French Oil Company Elf (now Total) and research collaboration with Artificial Intelligence Scientists at NASA Ames.

CEO of Angola Climate Carbon (since 2010), a company focused in the carbon transaction intermediation and project management in Africa.

Project Lead for Internet for All, responsible for Africa and the Middle East at the World Economic Forum, Nigeria Ambassador for Women in Africa Initiative and member of the Technical Sub-Committee for the Nigerian Economic Summit Group.

Before retiring from the United Nations in January 2011, he was the Secretary-General’s Special Representative and Head of the UN Peacekeeping Mission in the Central African Republic and Chad (MINURCAT). From 2007 to 2009 he served as Executive Representative of the Secretary-General and Head of the UN Integrated Peacebuilding Office in Burundi (BINUB). He recently served as a member of the UN SG High Level Independent Panel on Peace Operations and simultaneously a member of the High Level Advisory Group for the Global Study on Security Council Resolution 1325 on Women Peace and Security.