Assia Bensalah Alaoui is ambassador at large of His Majesty Mohamed VI, the King of Morocco. She also serves as co-president of the OCEMO and the vice-president of the Association of Moroccan–Japanese Friendship.

She has worked as professor of international law at the University Mohammed V in Rabat, as co-president of the High Level Advisory Group on the Dialogue between Peoples and Cultures in the Euro–Mediterranean Area, as member of the World Bank’s Council of Advisors for MENA, and as a member of the Board of Trustees of ICARDA. She holds a master’s degree in English studies and a Ph.D. in law from Paris II University.

Former Head of the Wollo Zone Branch Office of the Ethiopian Red Cross Society, member of the Eastern Africa Regional Working Group on Food Security (WGFS) for the International Federation of Red Cross/Crescent. """.

Founder of Socio-Analytic Dialogue, a systems dynamics and psychosocial approach to public policy and dialogue.

Former Lead Economist at the World Bank and Director of Sovereign Ratings at Standard & Poor’s. A graduate of Ecole Nationale des Ponts et Chaussées, he holds a Ph. D. in Civil Engineering and a Ph. D. in Economics from MIT. He is also a graduate from the NYU School of Medicine Psychoanalytic Institute. 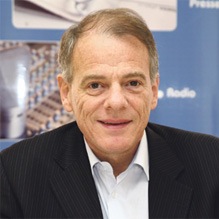 He is a member of the Editorial Board of the French Review and Knight of the Legion of Honor. Dominique Bocquet was previously Head of French Economic Services in the French embassy in Morocco. He was also Financial Counselor at the Delegation of France to the OECD from 2003 to 2008. Previously, he was Secretary-General of the European Movement (French branch) from 1991 to 1996, Africa (1996-2000), Deputy Director of the Minister for Cooperation (2000-2001) and Adviser to the Cabinet of Mr Hubert Védrine, Minister for Foreign Affairs (2000-2002). He is the author of several books and reports, including "Génération Europe" (Editions François Bourin, 1989), in collaboration with Philippe Delleur; "France and Germany, a couple with no ideas" (Notes from the Saint-Simon Foundation, 1996) What economic efficiency for Lomé? "(Report for the Minister of Economy, Finance and Industry, June 1998)" Budgeting the EDF, a step in the modernization of aid "(Report for the Minister for the Economy, Finance and Industry, July 2003).

Founding Director of the French Institute for International and Strategic Affairs (IRIS), Professor of International Relations at the University of Paris-8. 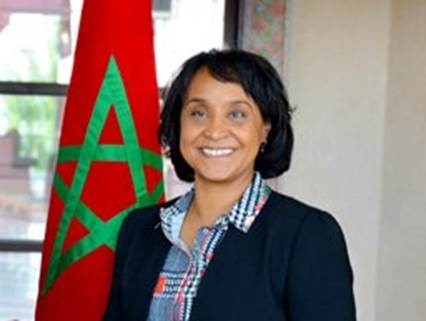 Secretary of State to the Minister of Foreign Affairs and International Cooperation of the Kingdom of Morocco since April 2017.

Appointed General Director of MADAEF (a tourism investment fund) in 2014, she joined the Caisse de Dépôt et de Gestion as Deputy General Director in charge of the Support Department at CDG Capital in 2013. Former General Secretary (2010-13) of the Moroccan Ministry of Trade and Industry.

Joined the Elliott School in October 2015, former US representative to the African Union and Permanent Representative of the USA to the UNECA.

Served as Deputy Assistant Secretary of State in the Bureau of African Affairs (Southern African and Regional Security Affairs), and at the same post in the Bureau of Population, Refugees and Migration. 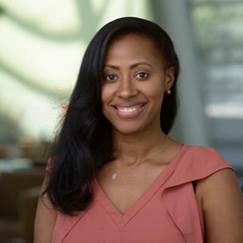 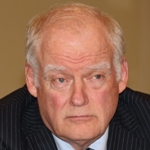 Former director of several large corporations in the field of energy and finance.

Mariana Campero is the Executive Director of the Mexican Council on Foreign Relations (COMEXI), former Vice-president of Zemi Communications L.

L. C. in New York, a strategic consulting firm, and a weekly commentator on a national television program called “Así Amanece. ” Previously, she worked as Senior Director at Llorente y Cuenca and as Global Coordinator of the AMO Partnership. She is the founder of Toi & Moi, a brand aimed at young women searching for fashion at reasonable prices in Geneva, Switzerland and a founding partner of Fit-Me in Mexico, a franchise of electro-fitness machines.