Since its inception in 2012, the Atlantic Dialogues (AD) conference has become a well-established annual meeting point taking place in Marrakesh, bringing together around 350 high-level senior officials, business leaders, academics, opinion shapers and civil society actors. Morocco has been host to these gatherings given its location and close relations to all countries bordering the Atlantic. Initially created in a dual effort between the OCP Policy Center and the German Marshall Fund of the United States, the event encourages a lively and informal exchange of views between young professionals and today’s leaders.

Organized by OCP Policy Center since 2017, AD offers an environment that facilitates concrete discussions. Sessions are designed to promote frank, interactive, and informal debate through a mix of plenary panels, smaller breakout sessions, and keynote addresses. The event fosters a network of individuals instilled with a new “mental map” of Atlantic issues, partnerships, and potential. This is achieved through skillfully moderated discussions between the audience and expert discussants.

Following the discussions on various ways to change mental maps during the fifth edition of the Atlantic Dialogues in 2016, and having examined promising opportunities for the African continent in 2017, The Atlantic Dialogues will convene again in December 2018 in Marrakesh to identify the salient issues at the heart of the Atlantic community’s policy agenda. The conference will also serve as a platform to explore fresh ideas on how decision-makers, business-leaders, researchers, scholars, and other stakeholders can contribute to renew transatlantic relations and partnerships in the context of a rapidly changing world.

This year’s edition will identify the choke points across the Atlantic, gather evidence to craft a counter-discourse, and identify solutions to overcome them by confronting views of different panelists and crossing the North-South and East-West divides. 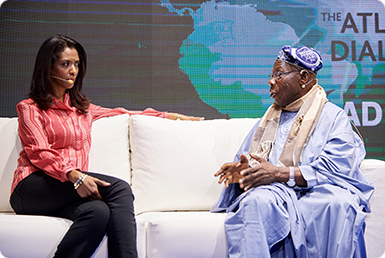 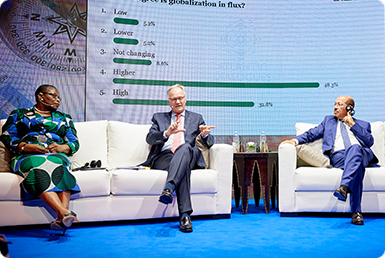 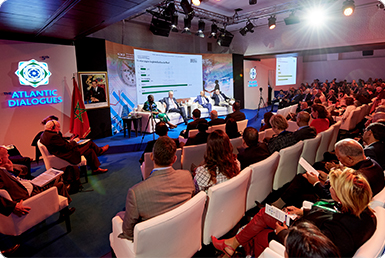 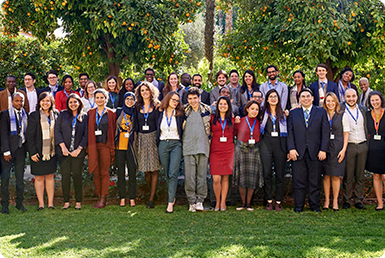 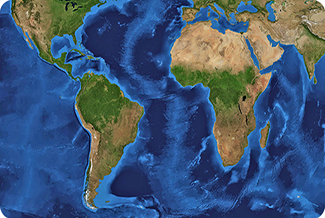 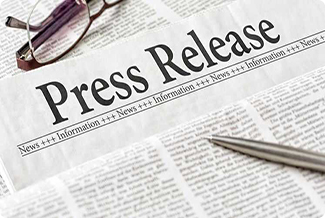 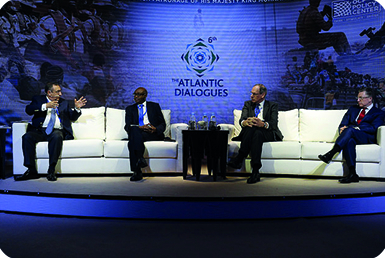 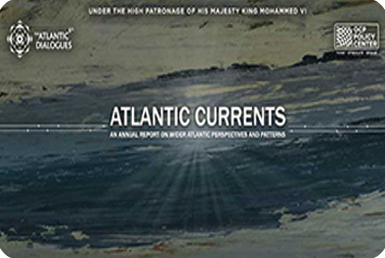