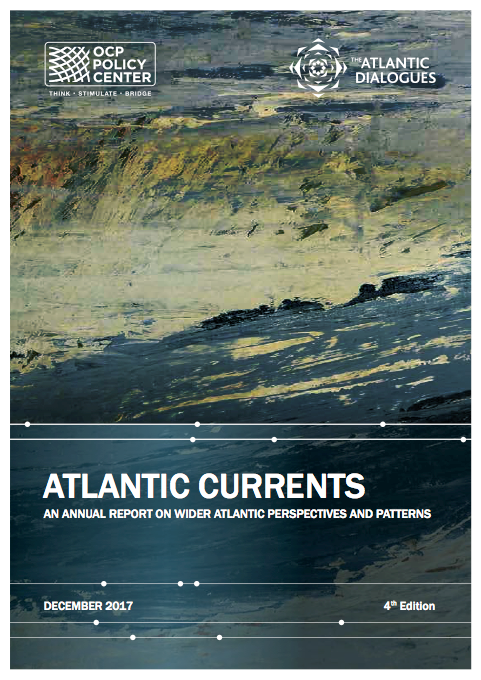 As a significant complement to the Atlantic Dialogues conference, the Atlantic Currents publication allows a deeper and further extension of the analytic contribution provided by the “Dialogues”.The goal being to enlarge the discussion pertaining to economic, political and security dimensions of a wider Atlantic area, favoring a new geopolitical construction of this strategic region. OCP Policy Center is proud of the role it has played in extending the transatlantic debate to embrace the Atlantic Basin, north and south — rethinking mental maps of the Atlantic in economic, political, and security terms.

The 2017 editions of both the Atlantic Dialogues and the Atlantic Currents have devoted special attention to Africa as well as to African perspectives in the Atlantic context. Indeed, Africa rising let us hope for a promising future, fruitful to the various countries of the basin, in terms of development and growth, governance and democratization, and in terms of revitalization and expansion of every tangible civil society freedom and involvement.