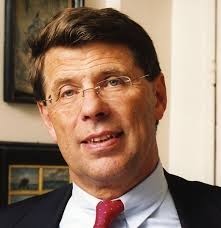 Philippe Chalmin obtained his doctorate in economic history from the Sorbonne University in 1981.

Today, he is Professor of economic history at Paris-Dauphine University Philippe and also the founder of Ulysses Club, a leading clubs of French economists since 2000.

Economist neoclassical, he is the founder of the Circle Cyclops, which publishes every year since 1986 a full report on the status and prospects of global markets for raw materials.

In addition, he is an advisor of foreign trade of France (1993), member of the European Prospective and International Agriculture and Food (2003), World Bank consultant and member of the Council of Economic Analysis to the Prime Minister (2006).

In 2010 he was appointed Chairman of observatory on agricultural and food prices and margins (French ministries of Agriculture and Finance).

Dr Yves Jégourel is associate professor in finance at the University of Bordeaux (France), and affiliate professor at Toulouse Business School. Y. Jégourel conducts research in commodity economics and financial risk management. His most recent research examines the link between the volatility of the futures market, exchange rate uncertainty and the export of cereals. He is also the head of a master program focused on banking, finance and international trading both at the University of Bordeaux and at Vietnam National University (Hanoi, Vietnam).

Dr. Jégourel has authored several books in the field of finance, including a work studying financial derivatives. He holds a BA from Middlesex University and a MsC and a PhD from the University of Bordeaux, and is a former auditor with the Institute of Higher National Defence Studies (IHEDN).