Prior to joining the Atlantic Council in 2011, Pham was a tenured associate professor of justice studies, political science, and Africana studies at James Madison University in Harrisonburg, Virginia, where he was director of the Nelson Institute for International and Public Affairs. He is the author of more than 300 essays and reviews and the author, editor, or translator of over a dozen books, including Somalia: Fixing Africa’s Most Failed State (coauthored with Greg Mills and David Kilcullen). In 2015, the Regents of the Smithsonian Institution elected Pham to the Board of the National Museum of African Art, of which he is presently vice chair.

Paulo Portas served as Portugal’s minister of foreign affairs (2011-13) and deputy prime minister (2013-15), when he led his party (CDS-PP) to form a coalition government with PSD. He served as minister of defense from 2002-05. He was president of CDS-PP party for sixteen years until 2016, eight of them while in government.

Portas taught history of political thought from 1996-99, and founded a university opinion poll center. In 2016 he became president of the International Strategic Council — Mota-Engil Group, with a focus in Africa and Latin America. He is also a member of the international board of Pemex gas (Mexico), and was elected deputy chairman of the Portuguese Chamber of Commerce in 2016. Portas is a founding partner of Vinciamo Consulting and author of an international politics TV weekly program.  Portas graduated with a law degree from the Portuguese Catholic University. He is fluent in Portuguese, English, Spanish, French, and Italian. 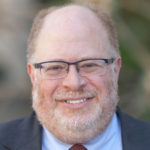 Adam Posen is president of the Peterson Institute for International Economics.  From 2009-12, during the global financial crisis, he served as an external voting member of the Bank of England’s Monetary Policy Committee, and was a globally recognized advocate of activist macroeconomic policy as response to the crisis. He is the author or editor of six books, and has served as a visiting scholar or consultant to central banks throughout Europe, North America, and East Asia.

He is in his fifth term as an economic advisor to the U.S. Congressional Budget Office.  He received his Ph.D. in political economy from Harvard University, and has been the recipient of fellowships and major research grants from the European Commission, the Ford Foundation, the Sloan Foundation, and the U.S. National Science Foundation.

Tatiana Lacerda Prazeres is the senior advisor to the Director General of the World Trade Organization. Her portfolio includes trade negotiations, market access, services, investment, agriculture, trade and environment, and engagement with the private sector. 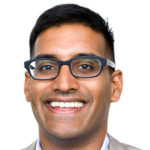 Anand Reddi is a global health specialist at Gilead Sciences, Inc., a major multinational biotechnology company that focuses on the discovery, development and commercialization of innovative medicines.  At Gilead, Reddi focuses on catalyzing HIV and viral hepatitis health systems strengthening initiatives as well as innovative health financing for resource limited settings in Africa and Asia. Prior to Gilead, Reddi was a Fulbright Scholar in South Africa.

His Fulbright research demonstrated the benefits of decentralized models of care on antiretroviral treatment outcomes despite the challenges of a healthcare limited setting. Reddi has also been active in U.S. global health policy issues.  In the summer of 2010, his writings and advocacy directly challenged the Obama Administration’s flat lining of global HIV treatment funds resulting in the restoration of $366 million for HIV treatment in Uganda. Reddi is a graduate of the University of Michigan, Ann Arbor and he studied medicine at the University of Colorado, School of Medicine.

Julissa Reynoso is the former U.S. ambassador to Uruguay. She also served as deputy assistant secretary of state for Central American, Caribbean and Cuban affairs in the U.S. Department of State.

Prior to joining the Department of State, she practiced at a major international law firm, where she specialized in antitrust law, international commercial arbitration, and international investment arbitration. She has extensive policy and legal experience throughout Latin America, both as a lawyer in private practice and as a senior U.S. diplomat. Reynoso is a member of The Council on Foreign Relations and is affiliated with Columbia University’s School of Law and School of International and Public Affairs.

He served as a visiting professor at Princeton University, a political analyst at the Emirates Center for Strategic Research and Studies in Abu Dhabi, and a deputy director of the Institute of International Relations in Hagoromo. His Majesty the King Mohammed VI decorated him by the Order of Officer of Wissam Al Arch and he received the Prize of North-South Cultural Dialogue. He is the director of the Moroccan Observatory on Extremism and Violence, the president of the Moroccan Association for Asian Studies, and the vice president of the International Research Group For Transregional & Emerging Area Studies.

Tim Ridout is a fellow at GMF, where he focuses on political and economic issues in Brazil, in addition to global security challenges such as cybersecurity. Prior to joining GMF, he worked at Institutional Shareholder Services as a corporate governance analyst, primarily studying Brazilian companies. Before that, he was a program manager with the Brazil-U.S. Business Council at the U.S. Chamber of Commerce.Ridout regularly contributes to the Huffington Post and his writing has also appeared in the Boston Herald, Christian Science Monitor, Hartford Courant, and Providence Journal.

He received his master’s degree from the Fletcher School of Law and Diplomacy in 2011, with concentrations in international security studies and U.S. foreign policy. A version of his master’s thesis on peacebuilding in Somaliland was published in the Journal of the Middle East and Africa. While at Fletcher, Ridout was managing editor of The Fletcher Forum of World Affairs, and he currently sits on the advisory board. 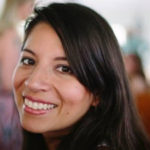 Andrés Rozental was a career diplomat for over 35 years; he served as Deputy Foreign Minister (1988-94), Ambassador to the U.K. (1995-97), Ambassador to Sweden (1983-88) and Permanent Representative of México to the United Nations in Geneva (1982-83). Since 1994, he has the lifetime rank of Eminent Ambassador of Mexico. He is the founding president of the Mexican Council on Foreign Relations.

In 1997 he retired from government and created Rozental & Asociados, an international consultancy providing political and economic advice to Mexican and international companies. He is an independent Board member or advisor to several important multinational enterprises and currently is Chairman of the Board of ArcelorMittal Mexico, is on the Board of HSBC Bank in Mexico and is the senior independent director of Ocean Wilson Holdings (Brazil). He is also senior policy advisor at Chatham House in London, member of the Trilateral Commission, council member of the International Institute for Strategic Studies in London and sits on the Board of Canada’s Centre for International Governance Innovation (CIGI).