Yascha Mounk is a fellow at The Transatlantic Academy, a lecturer on government at Harvard University, and a fellow in the Political Reform Program at New America. Mounk received his bachelor’s degree in history and his master’s degree in political thought from Trinity College, Cambridge, and completed his Ph.D. dissertation at Harvard University’s Government Department.

Mounk’s first book, Stranger in My Own Country: A Jewish Family in Modern Germany, was published by Farrar, Straus and Giroux in 2014, and his first academic book, The Age of Responsibility: Luck, Choice and the Welfare State, will be published by Harvard University Press in spring 2017. Recently Mounk has been publishing about the crisis of liberal democracy and is now working on his next book, provisionally entitled The People vs. Democracy: How The Clash Between Individual Rights and the Popular Will is Destroying Liberal Democracy.

Asieh Namdar is an anchor for CCTV America in Washington, DC. She has served as an anchor for CNN International and a senior writer for HLN. Namdar has written and reported on many international stories, including the wars in Afghanistan and Iraq, the tsunami disaster in Asia, the disputed 2009 election, and protests in Iran, and typhoon Haiyan as it hit the Philippines in 2013.

She has conducted one-on-one interviews with Nobel Peace-Prize Laureate Shirin Ebadi, former U.S. President Jimmy Carter, Jordan’s Queen Rania, Pakistani Prime Minister Benazir Bhutto, and best-selling author Azar Nafisi. In 2004, she traveled to Bam in Iran for a humanitarian mission after a deadly earthquake. It was her first trip to her native Iran since she left at the age of 12. Asieh was recognized for her work by numerous Iranian-American organizations. She holds a bachelor’s degree in communications from University of California at Berkeley. 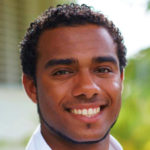 Prior to his current doctoral studies, Neale completed Oxford’s MSc. in Environmental Change and Management, is a geography and environmental graduate of Trinidad’s University of the West Indies, St. Augustine, and is also a student exchange alumni of the University of Alberta in Edmonton, Canada. Professionally, Kiron has some policy experience having worked with the Environmental Policy and Planning Division as well as Multilateral Environmental Agreements Unit of Trinidad and Tobago’s Ministry of the Environment and Water Resources, and industrial experience having worked in both ammonia and methanol production.

Antonio Nunes has served as the CEO of Angola Cables since the company was established in 2009. Nunes is focused on transforming Angola into one of Africa’s telecommunications hubs. An electrotechnical engineer by profession, Nunes has over 13 years of experience in the telecommunications sector.

He was previously with UNITEL, the largest mobile phone Angolan operator, where he had a number of leadership roles in developing the company’s network, including access (2G and 3G), core (monolithic and softswitch) and transmission (microwave and fibre optics), as well as the infrastructure associated with them. He was also involved in the development of UNITEL’s value-added services.

Vice President, The German Marshall Fund of the United States

Ian O. Lesser leads The German Marshall Fund of the United States’ (GMF) work on the Mediterranean, Turkish, and wider Atlantic security issues. Prior to joining GMF, Lesser was a public policy scholar at the Woodrow Wilson International Center for Scholars, and vice president and director of studies at the Pacific Council on International Policy.

Previously, he spent over a decade as a senior analyst and research manager specializing in strategic studies at RAND. From 1994-95, he was a member of the secretary’s policy planning staff at the U.S. Department of State, responsible for Turkey, Southern Europe, North Africa, and the multilateral track of the Middle East peace process.

Olusegun Obasanjo, a Nigerian military officer, first came to international prominence in 1975, when he co-engineered the bloodless coup of General Yakubu Gowon, Nigeria’s head of state. The following year, Obasanjo took over as the country’s leader. In 1979, after implementing a wide range of governmental reforms, he stepped down from office and restored civilian rule.

At that point, he retired from the military to farm and also become a fellow at the University of Ibadan’s Institute of African Studies, but following two decades of corrupt political leadership, Obasanjo presented himself as a candidate for president, and was elected in March 1999. Since leaving office for a second time in 2007, he has served as special envoy to the United Nations Secretary General on Democratic Republic of Congo and Great Lakes Region (2008-09) and headed a delegation of African Union observers during the most recent election in Zimbabwe (2013).

Sheila Ochugboju works at the intersections of science, art, culture, and development. She currently works with the United Nations Habitat program on the Global State of Urban Youth Report 2015/2016 and with the UNDP Reducing Emissions from Deforestation and Forest Degradation (REDD+) program in Nigeria, with a focus on Cross River State. In August 2015, she was appointed the global roving ambassador for the County Government of Kisumu in Transformative Science & Urban Resilience.

She was also appointed on the Technical Committee for the 2016 Guangzhou Award for Urban Innovation. In 2016, Ochugboju was honored by the Wings World Quest Foundation, with the Women of Discovery Humanity Award. Ochugboju is a TED Fellow, co-curator of TEDxNairobi, and co-founder of the stock photography website Africaknows.com which aims “to tell a different story about Africa.”

Noureddine Omary is a head of mission at the Royal Cabinet. Before joining the Royal Cabinet, he was the chairman of the Banques Populaires Groupe. In 1968, he obtained a bachelor’s degree in economic sciences and he pursued advanced studies in political economy.

He has worked in many public administrations as a financial expert. He also integrated the customs office between 1996 and 1998 and was appointed chairman of the Banques Populaires Groupes in early 2001. Omary was the general secretary of the ministry of finance.

She engaged actively in Greek politics regarding public sector reform and reduction of informality. Panaritis, along the lines of “triple-bottom-line” model of social entrepreneurship, founded Panel Group, a specialized advisory group that provides counsel and technical expertise in transforming informality (illiquid real assets). 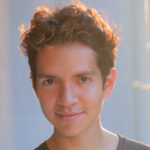 Leonardo Parraga is a Colombian activist who is passionate about community empowerment and social justice. He is the founder and director of the BogotArt Foundation, an organization established with the aim of promoting a more democratic art and cultural scene in the city of Bogotá, Colombia.

Parraga and his team use art to transform marginalized neighborhoods into cultural hubs. Due to its contribution to social inclusion management in today’s cities, BogotArt was recognized during the UN-Habitat 2014 World Cities Days as an important organization which brings youth perspectives to the spotlight. He is also the co-founder of the Dialogue of the Curious, a global initiative to promote intercultural understanding and communication through the interaction of youth from different countries and life experiences .He holds a BA in Business Management with a minor in Journalism from University of the Andes and has a specialization in entrepreneurship from the University of Maryland.