Ade Mabogunje conducts research on the design thinking process with a view to instrumenting measuring the process, and giving feedback to design thinking teams on ways to improve their performance. He works in collaboration with partners in the engineering education, design practice, and investment community as a participant-observer in the practice of building and developing ecosystems that support accelerated and continuous innovation in products and services.

Prior to this he was the associate director of the Stanford Center for Design Research (CDR). He was also the lead of the Real-time Venture Design Lab program (ReVeL) in the school of Humanities and Sciences. His industry experience includes engineering positions at the French Oil Company Elf (now Total) and research collaboration with Artificial Intelligence Scientists at NASA Ames. He has publications in the areas of design theory and methodology, knowledge management, emotions in engineering, design protocol analysis, and engineering-design education.

Before joining Endeavor, she worked at Citibank for 20 years, where she developed vast experience in investment banking. As a member of the Board of Directors of Citibank Argentina, she was responsible for strategic planning and business development. Macagni graduated from the Technological Institute of Buenos Aires (ITBA) as a chemical engineer, and received post-graduate specialization training in business management at Harvard and Stanford Business School. She is a member of the board of St Andrew’s Scots School and a member of the Graduate Council at ITBA.

Fouad Makhzoumi received his preliminary and secondary education at the International College in Beirut, and then he obtained undergraduate and graduate degrees in chemical engineering from Michigan Technological University, in the United States.

Makhzoumi was appointed a commander of the Order of Merit of the Republic of Italy in 2013, received the Socrates Oxford Annual Award for 2014 by the European Business Assembly (EBA) in Vienna, and was given an Honorary Doctorate in Humane Letters by the Lebanese American University, Beirut in 2016. Makhzoumi has been the executive chairman of Future Pipe Industries Group since 2003, and he is also its chief executive officer. He has also been the executive chairman of Future Group Holdings since 1982.

Jack Markell has served as governor of Delaware since 2009. During his tenure, Delaware has gone from one of the lowest-ranking states in terms of job creation to one of the top-ranking. This improvement reflects Markell’s keen focus on improving an economy that was buffeted by the Great Recession. Under his leadership, Delaware has taken major steps to ease regulatory burdens on businesses and to increase investment in repairing and improving the state’s infrastructure while making transportation spending more effective and efficient.

Additionally, Markell has led efforts to make better use of state corrections resources and increase the likelihood that ex-offenders will contribute to society rather than reoffend. Markell has been recognized by his fellow governors, having been elected to serve as chair of both the Democratic Governors Association and the National Governors Association. Prior to being elected governor, Markell was elected three times as Delaware’s state treasurer. 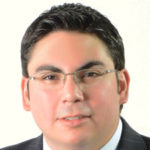 Carlos Martinez is dean and founder of the Instituto Internacional de Estudios Superiores Campus Nuevo Laredo, a private university in the border between Mexico and the United States that promotes the logistic competitiveness of North America.

He holds a Masters in Latin American Studies from Georgetown University and studied Law in the Instituto Tecnológico y de Estudios Superiores de Monterrey. He has been Special Adviser to the Mexican Attorney General, international senior adviser to the Mexican Customs Brokers Association and president of Poldesa, a consultancy firm for political affairs for the Western Hemisphere. He is substitute Mexican customs broker and international and national editorialist for El Mañana de Nuevo Laredo. His expertise topics are international politics, North American trade, education and global affairs.

Previously, Mekouar served as the Moroccan ambassador to Italy, Malta, and Albania, and the permanent representative to the UN Food and Agriculture Organization (FAO), Portugal, and Angola. He was the elected chairman of the Council of the FAO from 2001 to 2005. He holds a bachelor’s degree from the French Lycée Charles Lepierre in Lisbon, Portugal, and graduated from the HEC Graduate Business School in France.

Gaston Melo has a Ph.D. in social psychology and communication from Louis Pasteur University in Strasbourg, France (formed as a social engineer at the Maison Abraham Moles). Produced and directed Cumbre Tajin (1999-2005), a cultural initiative which aims to promote ties among low and high identities (local ethnicities and urban populations). Melo acted as general director for the Universal Cultural Forum of 2007 in Monterrey.

As a producer and director, he won cinematographic prizes adapting the works of Mexican writer Juan Rulfo, as well as in television, directing investigative documentaries in ethnography, archeology, and science. He served as vice president in Grupo Televisa until 2001 and has taught sociology and social psychology at the National University of Mexico (UNAM), Universidad Anahuac and Universidad Iberoamercana.   Today, Melo is senior partner and director of Comunicación Sistémica and SILOG (Logistic Information Services).

Nizar Messari holds a Ph.D. in international studies from The University of Miami. He held different teaching positions in Brazil between 2001-09, mainly at the Pontifical Catholic University of Rio de Janeiro where he was associate dean for graduate studies.

Jack Miles is a writer whose work on religion, politics, and culture has appeared in The Atlantic, The New York Times, The Washington Post, The Los Angeles Times, The Boston Globe, and many other publications. His book GOD: A Biography won a Pulitzer Prize in 1996. His book Christ: A Crisis in the Life of God led to his being named a MacArthur Fellow during the years 2003-07.

General editor of The Norton Anthology of World Religions, published in 2014 in a two-volume hardcover edition and again in 2015 in a six-volume paperback edition, he is currently completing a new work to be entitled God in the Qur’an. At Atlantic Dialogues, he will speak on why international diplomacy, especially Western diplomacy, has historically been reluctant to speak of religion and whether a new outreach to religious leadership at this late date might offer a new route to international concord.

Juan Montás is a university professor, intellectual, politician, engineer, and economist.  He is a chemical engineering graduate of the Universidad Autonoma de Santo Domingo (UASD) and holds a Ph.D. in industrial engineering from the Universidad Politécnica de Madrid. Holds a high specialization in graduate studies in the areas of evaluation and project development, international economics, foreign trade, and international finance from the University Of Barcelona, Spain. Montás is currently the minister of economy, planning and development of the Dominican Republic.

He has published several works related to politics, economy, and the electricity sector in the Dominican Republic. In his function as minister of economy, planning and development, he represents the Dominican Republic as governor at the World Bank Board of Governors and as the Alternate Governor at the Inter-American Development Bank (IADB).  On August 16, 2016, Mr. Montás was appointed minister of industry and commerce by the re-elected President Danilo Medina Sanchez.