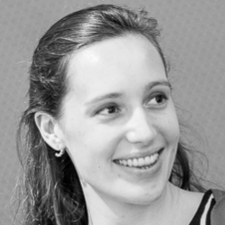 Merel Wackwitz is a government and regulatory affairs executive at IBM Europe, based in Brussels. Prior to this role she worked as a Strategy & Change consultant in IBM's Global Business Services division. Before joining IBM, Wackwitz worked as an assistant to Vice-President Neelie Kroes, the former Commissioner for the Digital Agenda at the European Commission.

Before this she also worked for six months in the Political & Trade department at the EU delegation to Israel. She holds a Bachelor of Liberal Arts and Sciences from the University College of Utrecht, and a Master’s degree in European Studies from Kings College London.

Transatlantic Fellow, The German Marshall Fund of the United States

Prior to joining GMF, he worked for the French Prime Minister’s Services in Paris. He holds a master’s degree in international economic policy from Sciences Po in Paris, a master’s degree in diplomacy and strategic negotiations from the Université Paris-Sud XI, and a bachelor’s in international law from the Université Paris II Panthéon-Assas. A native of France, Xavier-Bender has also lived in the United States, Austria, and the Czech Republic.

An award-winning multimedia journalist, John Yearwood is executive board chairman of the Austria-based International Press Institute and former world editor of the Miami Herald. The World Desk won numerous awards under his leadership, including two McClatchy Company President's Awards and the Arthur Ross Award for best coverage of Latin America. Yearwood’s coordination of The Herald’s Haiti earthquake coverage contributed to the newspaper being named a finalist for the 2011 Pulitzer Prize in Breaking News.

Yearwood is a regular guest on national and international radio and television news programs, including National Public Radio, Al Jazeera, BBC and China Central Television. A highly gifted public speaker, Yearwood has been sought out by many global organizations, including the American Jewish Committee, the Toronto Global Forum, the Atlantic Dialogues, the Palm Beach Strategic Forum, the United Nations Alliance of Civilizations, and G8 Youth Leaders. He earned a bachelor’s degree in political science from the University of Connecticut.

He is the author and editor of such books as Preventing Deadly Conflict, Arab Spring: Negotiating in the Shadow of the Intifadat, and The Global Power of Talk, Negotiation and Conflict Management. He is former president and founding executive secretary of the Middle East Studies Association founding president of the American Institute for Maghrib Studies, and past president of the Tangier American Legation Institute for Moroccan Studies. He received a Ph.D. from Yale and an honorary doctorate from the Catholic University of Louvain.