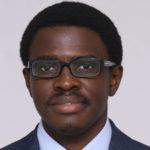 Obajide Rotilu is a senior consultant at Deloitte Nigeria. He also currently serves on the Deloitte West Africa Strategy team. He is a seasoned management consultant and a subject matter expert in cybersecurity.

His daily work includes helping organizations transform their security process, implement cybersecurity strategy and be better vigilant of cyber-attacks. He is an associate of the International Information Systems Security Certification Consortium and also a member of ISACA. Rotilu has a B.Eng from the prestigious Covenant University and a Masters’ degree with Distinction from Queen Mary University of London. He is also an Alumni Ambassador for Queen Mary where he mentors and advices incoming students. Rotilu is also a co-founder of the Meet-A-Need-Today Foundation.

Andrés Rozental was a career diplomat for over 35 years; he served as Deputy Foreign Minister (1988-94), Ambassador to the U.K. (1995-97), Ambassador to Sweden (1983-88) and Permanent Representative of México to the United Nations in Geneva (1982-83). Since 1994, he has the lifetime rank of Eminent Ambassador of Mexico. He is the founding president of the Mexican Council on Foreign Relations. In 1997 he retired from government and created Rozental & Asociados, an international consultancy providing political and economic advice to Mexican and international companies.

He is an independent Board member or advisor to several important multinational enterprises and currently is Chairman of the Board of ArcelorMittal Mexico, is on the Board of HSBC Bank in Mexico and is the senior independent director of Ocean Wilson Holdings (Brazil). He is also senior policy advisor at Chatham House in London, member of the Trilateral Commission, council member of the International Institute for Strategic Studies in London and sits on the Board of Canada’s Centre for International Governance Innovation (CIGI).

Abdallah Saaf is a professor of political science at Mohamed V Rabat University, director of the Center for Studies in Social Sciences Research, and founder of the Moroccan Association of Political Science, and director of Abhath Review.

Professor Saaf was a member of the commission in charge of revising the Constitution during July 2011, and a member of the Scientific Committee at the Global Forum for Humans rights. He was minister of education from 1998 to 2004. He also manages an annual publication called Strategic Report of Morocco.

Brian Sandoval was first elected governor of Nevada in 2010 and re-elected in 2014. His accomplishments include transforming Nevada’s approach to economic development, making Nevada the most veteran-friendly state in the nation, and leading the effort to modernize Nevada’s public education system. During his inaugural legislative session, Sandoval transformed Nevada’s approach to economic development by creating the Governor’s Office of Economic Development.

In 2015, Sandoval signed a comprehensive plan to provide additional support to military veterans and their families through educational, employment, and healthcare services. Additionally, an unprecedented investment to reform Nevada’s education system was enacted during the 2015 Legislative Session. Sandoval was chosen to be the 2015 vice chairman of the National Governors Association (NGA) and will serve as the chairman of the NGA in 2018. Prior to his election, he served as United States district judge for the District of Nevada as well as attorney general of Nevada.

He also served as professor and head of the Department of Economics at the University of Malta, chairman of the Malta Financial Services Authority, chairman of the Malta Council of Economic and Social Development, board director of the Central Bank of Malta, and electoral commissioner. Internationally he has carried out consultancy work for the European Commission, UNESCO, the United Nations Environmental Programme (UNEP), and the Governments of Albania, Croatia, Libya, and Turkey.

Secretary General, Union for the Mediterranean

Fathallah Sijilmassi is the secretary general of the Union for the Mediterranean. He specializes in economic international relations, in particular with regard to Euro-Mediterranean issues. He worked as a representative of the Banque Commerciale du Maroc in Milan, and played an active role in the negotiations of free-trade agreements with the European Union, United States, and several Arab and African countries.

He has held senior positions within the Moroccan Ministry of Foreign Affairs, including director of multilateral cooperation, director of European affairs, and ambassador to the Barcelona Euro-Mediterranean Process. In 2003, he was appointed ambassador to the European Union and later to France. Sijilmassi was CEO of the Moroccan Investment Development Agency, leading its launch and subsequent growth. He is an officer of the Légion d´honneur and grand officer in the Ordre National du Mérite of the Republic of France. He holds a Ph.D. in economics. 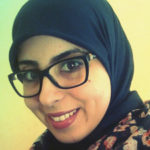 Nisrine Tahri is the founder X-large, a digital and communication agency based in Rabat. She is also the founder of an NGO that aims to solve the educational problems in Morocco.

After having participated in Enpact’s mentorship program, a German non-profit organization with the aim of strengthening economic relations between young entrepreneurs from the start-up scenes of the Middle East, North Africa and Europe, she is engaged with the organization as the country coordinator of Morocco. Tahri is also part of the startupyourlife initiative, a group of young Moroccan entrepreneurs who aim to enhance the entrepreneurial ecosystem in Morocco.

Alfredo Valladão is a professor at the Paris School of International Affairs of the Institut d’études politiques de Paris (Sciences Po) and a Senior Fellow at OCP Policy Center. He is also the president of the advisory board of EUBrasil Association, a member of the board of trustees of the UN Institute for Training and Research, and a senior research associate at the European Union Institute for Security Studies.

As a journalist, he is a columnist for Radio France International and contributes regularly to the BBC and CBN (Brazil), as well as being a former diplomatic and defense correspondent for Libération (France). Valladão is the director of the Latin America Research Chair and member of the Scientific Board of the Centre d’Etudes Sociales, Economiques et Managériales of the Institut de Hautes Etudes du Management.

Former student at the French Institute of Political Sciences (SciencesPo) and at the National School of Public Administration (ENA), Hubert Védrine served successively as a diplomatic advisor, spokesman, and secretary general (chief of staff) under the presidency of François Mitterrand, from 1981 to 1995. He was minister of foreign affairs in the government of the Prime Minister Lionel Jospin under the presidency of Jacques Chirac, from 1997 to 2002.

In January 2003, Védrine founded Hubert Védrine Conseil, a public consulting firm specializing in foreign, economic, and geopolitical affairs. He has chaired the François Mitterrand Institute since 2003. Védrine has been appointed as an independent director of LVMH since 2004. He was chosen by Kofi Anan to be one of the twenty international members of the High Level Group of the “Alliance of Civilizations” in 2005 and 2006.

Ambassador Kurt Volker is a leading expert in U.S. foreign and national security policy with some 30 years of experience in a variety of government, academic, and private sector capacities. He served as U.S. Ambassador to NATO in 2008-09. Ambassador Volker is currently the executive director of The McCain Institute for International Leadership, a part of Arizona State University based in Washington, DC.

He is also a non-resident senior fellow at the Center for Transatlantic Relations at Johns Hopkins University’s School of Advanced International Studies, a senior advisor at the Atlantic Council, and a trustee of IAU College in Aix-en-Provence, France. He is a consultant to international business, a member of the Board of Directors of Capital Guardian Funds Trust, and had previously served as managing director — international for BGR Group. He has taught transatlantic relations at The George Washington University Elliott School of International Affairs.